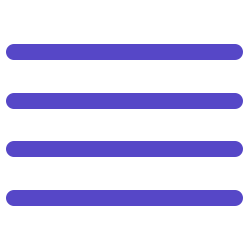 The soybean has a 5,000 year history in man and animals. It is in fact believed to be the oldest crop of civilization. It is the second largest U.S. crop, used in this country primarily for animal feed. It is a rich source of protein, oils and carbohydrates - in the bean's whole state.

In spite of its remarkable nutritional characteristics, soy has received much bad press in the pet food industry, and some producers even advertise "no soy" formulas as a reason to purchase their product. There is concern regarding allergic tendencies, production of excess gas perhaps predisposing to gastric distention/volvulus in the dog (un-proven1,2,3 ), and poor digestion. There is much current debate regarding this topic. Our research indicates that all of the potentially detrimental effects are a result of: 1. Using inferior soy by-products (only fractions of the actual soybean), and 2. Improper processing.

The prejudice against soy is so strong in some minds that the mind set alone creates "problems" in pets. For example, in controlled studies, pet foods containing soy placed in bags claiming "no soy" have been used for up to a year by pet owners with raves of satisfaction. However, as soon as the label on the bag was changed to reflect the actual soy contents (only the label was changed while the actual contents remained completely unchanged), many owners began complaining bitterly about the "change," claiming a whole host of ailments due to soy including: loose stools, gas, vomiting, hives, loss of appetite, skin problems, etc. The human mind's desire to view things in black and white, right or wrong, good or bad, makes it easy for advertisers to build a following behind simple but naive concepts such as "all meat" or "no soy." It is just too much work to be open-minded and fully informed, and advertisers work this to their advantage.

Raw soy has some built-in, anti-destruct mechanisms that interfere with digestive actions in monogastric animals. These include a variety of enzyme inhibitors including trypsin, chymotrypsin, and lipase. All of these must be neutralized, otherwise, when eaten, much of the soy simply bypasses enzymatic digestion in the upper GI tract, then passes into the lower bowel only to ferment, produce gas and other noxious products. Fat splitting and fat oxidizing enzymes must be neutralized also, and various allergenic factors, including hemagglutinin, must be inactivated by processing.

Heat will destroy all of these antinutritional agents, but so too does heat degrade the biological value of the nutrients. Wysong extrudes the whole bean using pressure and friction, so the bean is cooked for only 25 seconds. By so doing, the secondary protein bonds that impart the specific catalytic activity to antinutritional enzymes are broken, as are the allergic nature of proteins, but the primary peptide bonds are left intact, thus retaining full protein nutrient value.

Soy starch cells are also ruptured and the contained starch is gelatinized, opening up the carbohydrate chain to increase water solubility and susceptibility to enzymatic digestion. Additionally, the soy vitamins are largely retained since the process does not use excess heat and is accomplished in an oxygen-free atmosphere.

Feeding products with Wysong whole soy as a special nutritional ingredient has created excellent results in thousands of animals through generations for over 10 years. Results achieved with Wysong foods - healthier skin and coat, increased vitality and disease resistance - are believed to be in part due to the special Wysong whole soy.

Special nutritional and health advantages of Wysong whole soy include:

There is indeed a difference between Wysong whole soy and soy fractions. For example. The University of California at Berkeley, in addressing the benefits of soy, said this under the heading "All Soy is Not Created Equal:" "There's no standardized form of soy...soy products are highly processed...after it is turned into flour, soy may not be that unique."13

Many producers add soy by-products as an inexpensive source of protein as an alternative to meat - a concession to price. On the other hand, Wysong specially processed whole soybean is specifically used because of its health and nutritional attributes. Its cost is greater than meat.

The best food for pet carnivores is their natural prey (impossible for companion animals). Second best is fresh food feeding (Very difficult to do; but refer to Wysong Fresh and Whole brochure, and audio cassettes: LifeSource and How To Think About Pet Foods.) Next best (and most practical) is the use of an optimally designed processed food (Wysong), in combination with fresh foods (better) and Wysong supplements. If processed foods are used, Wysong whole extruded soy proves to be an excellent ingredient to be desired, not avoided.

References
Back to blog